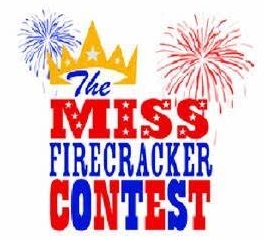 Auditions for
The Miss Firecracker Contest
a comedy by Beth Henley
Directed by Jdee Early
will be
Monday and Tuesday
December 20-21
6:00 p.m.
at the Playhouse
1700 N. Grimes
Parts available for 2 men & 4 women
Performance dates are March 4-13, 2022

In the small Mississippi town of Brookhaven, a few days before the Fourth of July. Carnelle Scott (known locally as “Miss Hot Tamale") is rehearsing furiously for the Miss Firecracker Contest—hoping that a victory will salvage her tarnished reputation and allow her to leave town in a blaze of glory. The unexpected arrival of her cousin Elain, complicates matters a bit, as does the repeated threat of Elain’s eccentric brother, Delmount, (recently released from a mental institution) to sell the family homestead. Aided by a touchingly awkward seamstress named Popeye and several other cheerfully nutty characters, Carnelle perseveres—leading to a denouement of unparalleled hilarity, compassion and moving lyricism.

For more information on the play: https://www.dramatists.com/cgi-bin/db/single.asp?key=1179