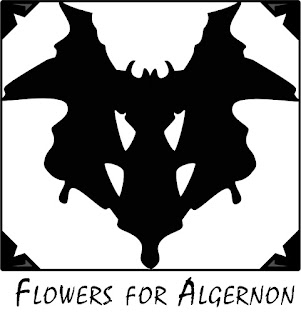 Audition Notice:
Flowers For Algernon
By David Rogers. Based on the novel by Daniel Keyes.
Directed by Veronikka Sylvas

Performance dates will be February 15-25, 2018
Rehearsals will be on a limited basis until after the holidays.

Synopsis:
Flowers for Algernon, a beautiful, touching story that is universal in its message. This play offers actors strong, interesting characters to play and with a large cast there are opportunities for actors of all ages, including children!
This is the compelling story of Charlie, a mentally retarded man and the strange interweaving of his life with that of Algernon, a mouse. Experimental surgery has been performed on both Algernon and Charlie increasing their intelligences ten fold. Soon Charlie's intelligence far exceeds that of his teacher, Alice Kinnian and even the doctors who created the operating technique!  As Charlie approaches the peak of his brilliance, Algernon shows frightening signs of regression. Soon things become a race against time in which Charlie tries to keep his new found intelligence long enough to save himself and thus continue what he and Alice have found. Will Charlie be able to save himself in time?!