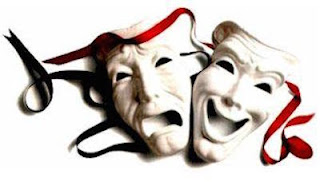 The Community Players of Hobbs Board of Directors is pleased to announce the 2016 season!  I would like to take a moment to thank everyone that submitted shows this year.  There were more submissions than available slots and we had a difficult time choosing from all the amazing plays.

We are excited to bring these productions to the community and hope to see you all on stage or in the audience!

President
Posted by Robert Schumacher at 6:21 AM