We have a lot of news for this edition of the email blast…lots going on at the Playhouse! 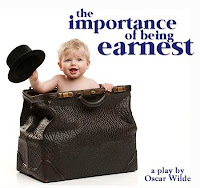 Hyde" will be held at NMJC Watson Hall Theatre on Saturday, April 13th starting at 12 noon.

Auditions will begin with singing auditions, and then move into cold readings of the script. Prepare a rock/pop or musical theatre selection that displays your vocal talent.
Cold readings will continue until 5 or 6 pm with possible callbacks on Sunday evening, April 14th.
This is a large cast show with incredible music! To learn more about the casting and the show, follow this link to Music Theatre International's website: http://www.mtishows.com/show_detail.asp?showid=000181

If you have any further questions please contact the director, Juston Harlin, at jharlin@nmjc.edu.

3. Big AACTFest news! The Community Players of Hobbs production of "A Doll's House" will now be advancing to the Region VI AACTFest Competition in Lafayette, Louisiana! Selected as the alternates at the New Mexico AACTFest in Los Alamos, Hobbs was then selected to move up when another company was unable to make the trip. Hobbs is now the sole theatre company representing New Mexico on the regional stage!

Congratulations are also in order for "Team Doll's House" for taking the Backstage Award, as well as Rebecca Venegas placing 2nd in the Monologue Competition and Robert Schumacher receiving the Outstanding Achievement in Acting award!

"A Doll's House" will perform at 10:00 AM on April 20th at the Acadiana Center for the Arts in Lafayette, LA. If you would like to attend, please visit http://www.acadianacenterforthearts.org and click on the banner for "AACTFest 2013".

4. It's not too early to start thinking about our summer Youth Performing Arts Workshop! This year's production will be Disney's "The Little Mermaid", directed by Sandy Goad and Ronnie Gray. Look for announcements and signups soon…we will take the first 35 signed up once registrations start.

The Youth Performing Arts Workshop is a great opportunity for our younger performers to learn what theatre is all about! Stay tuned for more news soon!


You're "frequent flyer miles" President,
Sandy Goad
Posted by Robert Schumacher at 10:08 AM