2012 End of the Year Newsletter 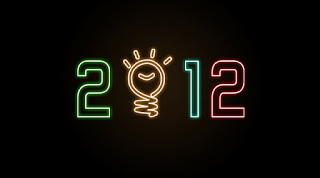 Wow, it's the last day of the year....a time to reflect!  Our 75th year was a terrific success thanks to so many...


The Gala in February gave us the chance to say thank you to one of our most faithful fans, Doris Williams, for a lifetime of support.  Sadly, we will miss her, she rarely missed a performance. Thank you to those who donated to the playhouse in her name, she would have loved that.  She supported the playhouse in so many ways.


As for our 2012 season at the playhouse we had a wonderful beginning with outstanding performances from the casts of "Fiddler on the Roof", directed by Nathan Miles, then some lighthearted fun wth "Faith County", directed by Samantha Collins, followed closely by the very funny satire "Urinetown, the Musical" directed by Juston Harlin.


Our summer program was a total success!  The 2012 Youth Performing Arts Workshop, with 35 of the Hobbs area's finest young thespians, performed Disney's "Aladdin".  They did an unbelievably great job!  These young people are the future of our local community theater.  Thank you students and parents for this opportunity to work with you.  Hope to see a lot of you this 2013 season.  (Little Mermaid, hint, hint!)


This 2012 season (in conjunction with the New Mexico Centennial committee) also saw the revival of an old tradion...the Melodrama!  How exciting it was to watch a funfilled story, "Oil's Well That Ends Well or Rascality on the Rig", see a little Vaudeville, and sing along to some great old songs.  Thanks to Glynese Floyd, Mary Lyle, and their cast and crew for all the hard work that goes into a show like that.  It's hard to believe our state was only 25 years old when our theatre ancestors performed the Community Playhouse production!  Time flies when you're having fun!


Another thank you to Juston Harlin for the "Marooned on a Pirate Isle's" third resounding conclusion!!!!  Let's forget about how much work it is to build and strike that set and show up to help again next year anyway! (wink, wink)  Good job, everyone!


And then came "Line"  directed by Jonathan Bertshinger, our newcomer award winner from last year.  What more can be said, except...PIANOOOOOO!  Great one act and yes it was free.


And if all of this isn't enough, we concluded a beautiful season with another combined effort.  Summer Rickman and the Hobbs High School drama students were awesome as they performed the first act, "The One and Only Santa Claus" and the Community Players and Accidental Harmony filled the second act with the always crowd pleasing, "A Christmas Carol" directed by Nathan Miles.


A big thank you must go out to Michael and Chris Howell for undertaking the building of the new storage unit in the back.  It looks great and was a much needed facility.  Thanks for making us your project.  This year saw the beginning of an even bigger challenge....the new addition.  Much has been done, yet much is left to do...thanks to Pat Cleer for all his help.  We couldn't do this without you.


Last, but certainly not least, Community Players of Hobbs is looking forward to our new season.  Check our websight to see our upcoming season playlist.  We are very excited to bring you a very full calendar.

On a sadder note, we will not be performing "Bandstand" due to uncontollable circumstances.  We wish Glynese well and hope for a quick recovery.


Don't forget, another event from 2012 is that you can now buy your tickets online!

Happy New Year everyone, and we'll see you in the 2013 Season!
Posted by Robert Schumacher at 3:30 PM