We have two more long-time young performers leaving the Playhouse community. And...they are leaving together. Recently engaged, Sarah Bunch and Jesse Miller will be departing together in the fall to attend Eastern New Mexico University. 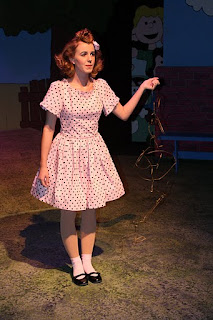 Sarah has appeared in Hobbs High School's production of "Bye Bye Birdie" and as Mrs. Pringle in NMJC's "Mr. Flannery's Ocean", and made her Playhouse debut as Gertrude McFuzz in "Seussical". This season she appeared as Sally Brown in "You're a Good Man, Charlie Brown", followed by appearances in "Beauty and the Beast" and "Willy Wonka". Sarah was also a 2010 recipient of the Playhouse's Carl Busch Scholarship. 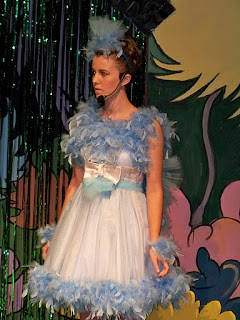 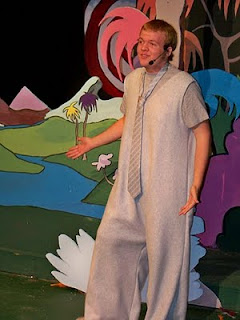 Jesse is no stranger to the stage, appearing in NMJC's "Mr. Flannery's Ocean" and as Andrew in "Beyond Therapy", as well as appearances at Hobbs High in "Bye Bye Birdie", "Rumors", and as Nathan Detroit in "Guys and Dolls". At the Playhouse, Jesse had roles in "Christmas at Home", as Horton the Elephant in "Seussical", George Deever in "All My Sons", and most recently as the Beast in "Beauty and the Beast" and the Candyman in "Willy Wonka". He was Assistant Director for "Mr. Flannery's Ocean" at NMJC and Properties Master for "Willy Wonka" at the Playhouse. Jesse was awarded the Monologue Performance Scholarship from Eastern New Mexico University and the Hobbs High School Drama Club Scholarship. 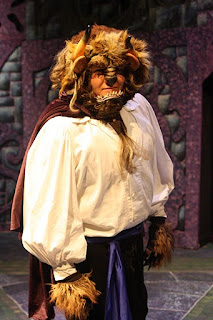 Sarah...Jesse...we wish you the best as you head to college and start your life together. Best wishes to both of you!
Posted by Robert Schumacher at 8:00 AM